Jesus Christ. Here I am again. Just over two weeks gone, just under a month left. Number of Oreos eaten this week: 1 (packet). At this point, I am basically half falafel, half oat. I haven’t even got a six-pack yet.

I actually have been really ill this week so haven’t been eating a whole lot, but hummus has essentially saved me. It’s super hard to make a quick meal when you just need to get back to bed but my go to is noodle soup, it was too fiddly and hard to make this week so I’ll include it in next week’s recipe (oo, tease)

My recipe of the week is: *that “drumroll” noise people make by half heartedly tapping a table*

I was terrified of this, no-one touches my mac n cheese thank u. Also I’d heard some really mixed reviews of the vegan version but DAYM it was tasty. Here’s how I rolled:

(For the sake of me sounding annoying, I’m just going to refer to Vitalite (sunflower spread) as butter so bear with x)

Lob a knob of butter into a pan, on very low heat. When it’s melted, roughly cut up about five cloves of garlic (you want to cut them into big chunks). When the garlic starts look golden, take it off the heat and pick out the picks of garlic with a fork and pop it into a food processor (leaving most of the oil in the pan). 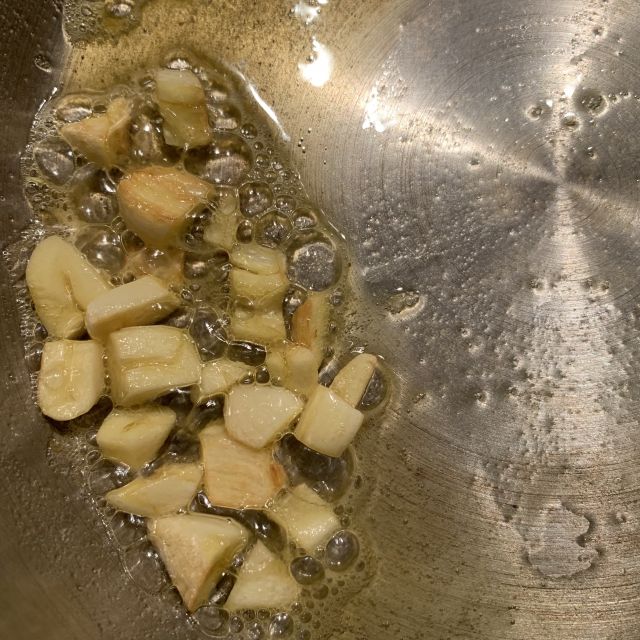 In the food processor, you want to add breadcrumbs (or stale bread) and fresh thyme. Whizz it all up until it looks all breadcrumb-y, it’s ok if some of the bread doesn’t break up entirely.

The next bit it really annoying because it’s all just by eye. Add another bit of butter into the pan, like half a desert spoon then add one and a half dessert spoons of plain flour. Stir it up until they combine it it looks a little bit like sweet potato mash. 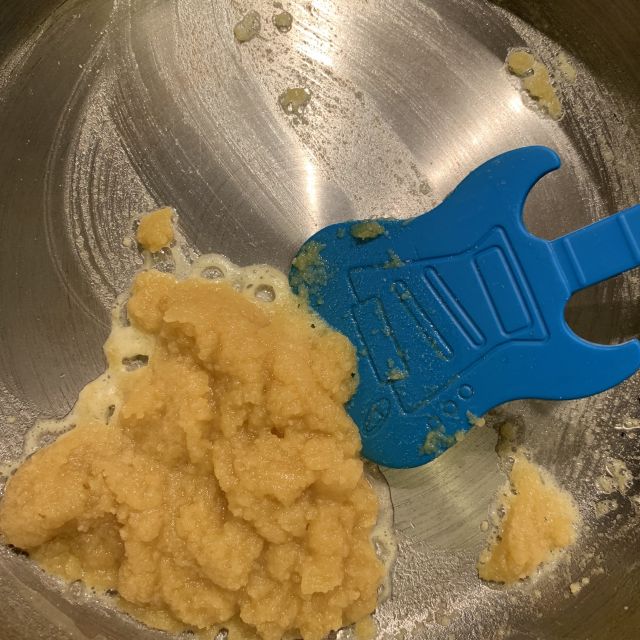 Then add your oat milk really slowly, start with a splash, mix it in and add a little more at a time. Don’t add more flour here if it looks a bit wet, just keep it on the heat and keep stirring. Now you want to pop the oven on (180 degrees) to start warming up.

Pop your pasta on and keep adding more and more milk to your mixture until it’s a thin(ish) sauce. You can make it a little thinner because the pasta will probably thicken it.

Now add a teaspoon of smoked paprika and three teaspoons of Nutritional Yeast. Mix this in thoroughly then add two teaspoons of English mustard. 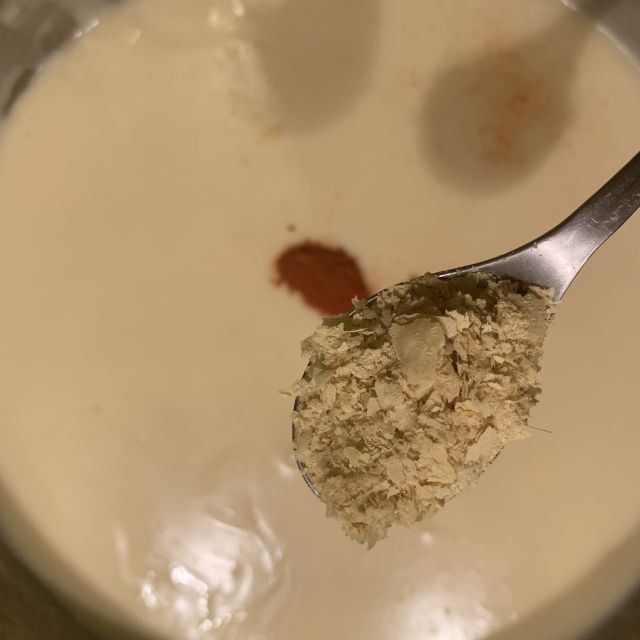 When you pasta is done, make sure you get a mug full of pasta water then pour your pasta into the mix. If you think the sauce is too thick, you can add some of the pasta water. 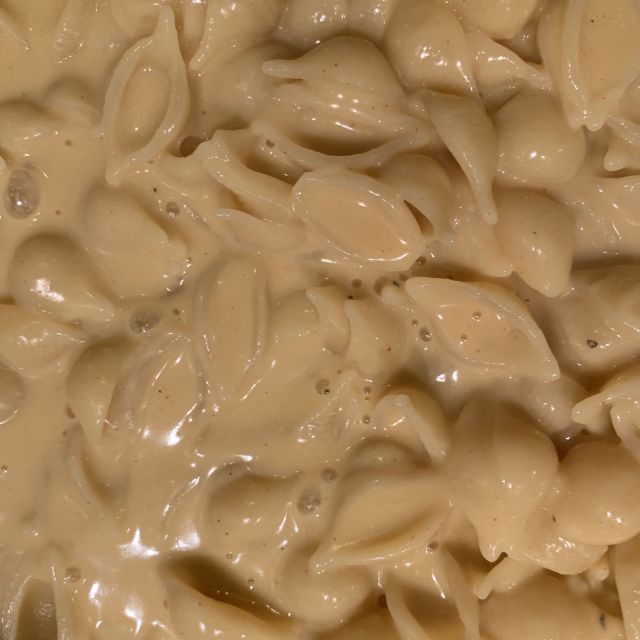 Put it into an oven safe dish and sprinkle those breadcrumbs on top. When I cooked it, it only took about 5 minutes in the oven, you just want to crisp those crumbs up really! And yay, enjoy!! 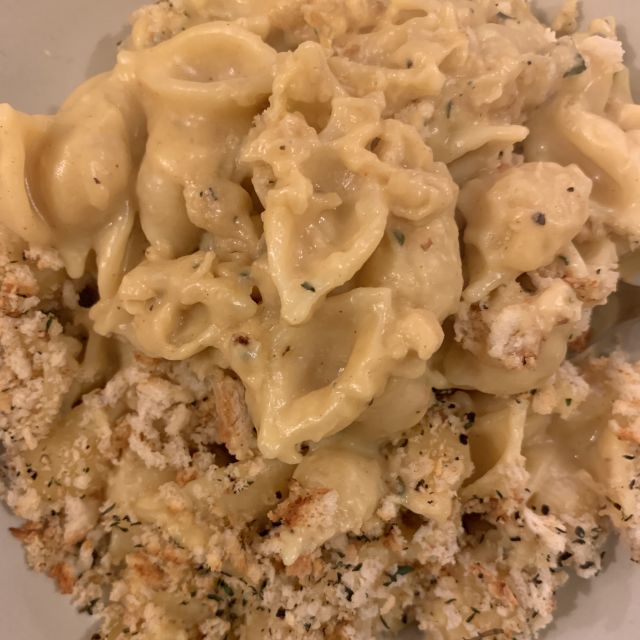