TWO WEEKS LEFT GUYS, this is the penultimate newsletter – I’m sure you’ll miss it, I know you’re checking your phone every few minutes and you just can’t enjoy your Sunday without it. If you just cannot live without my crazy ‘off the wall’ stories and excellent wit, I do have a blog you can follow – you know, just in case.

Big news of the week – I have found VEGAN cheese that MELTS. ACTUALLY MELTS. I have tried a few vegan cheeses, steer clear of the Tesco version, I’ve honestly never felt so repulsed by anything in my life. You know the way cheese kind of tastes like feet but in a really good way? Yeah, this just tastes like feet in the way I’d expect feet to taste like feet. But of course Waitrose came to the rescue, I didn’t buy it – I’m not sure they’d let me in to a Waitrose if I’m being honest.

Anyway, I’ve been eating Oreos as if they’re the elixir of life and have gone through countless amounts of falafels. I feel so much healthier and fitter, my skin is so much clearer and I never feel supppperrrrr full, like you know the full where you can’t move and you wish you were dead? I just feel really satisfied after a really big meal!

Talking of big meals, I’m revisiting an old favourite of mine, even when I’m not doing veganism it’s a go to for a Saturday night.

So yeah I did a creamy mushroom pasta a few weeks ago but a) it had nuts so no good for allergy sufferers who are also losers and b) how dare you suggest there’s such thing as too many mushroom pasta recipes.

So first, cut some of your mushrooms up into thick slices, then with some of them I just like to break up with my hands, it adds a bit more texture to it. If you have button mushrooms I just leave those whole. Pop that hob on medium heat and lob a CHUNK of butter in there (oh yeah also this is not a healthy meal), cut up your garlic (I used about 5 cloves because I don’t care what people think about me and my breath) 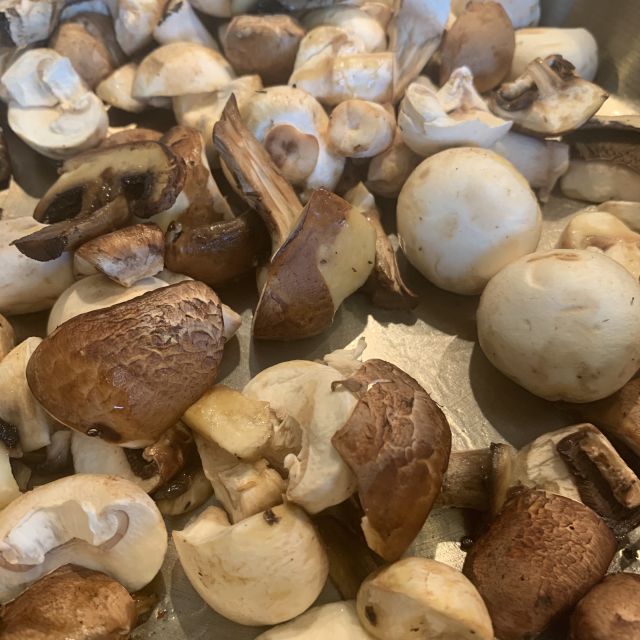 Keep stirring every now and again so they won’t burn. When they’re looking golden and delish, throw your garlic in too. 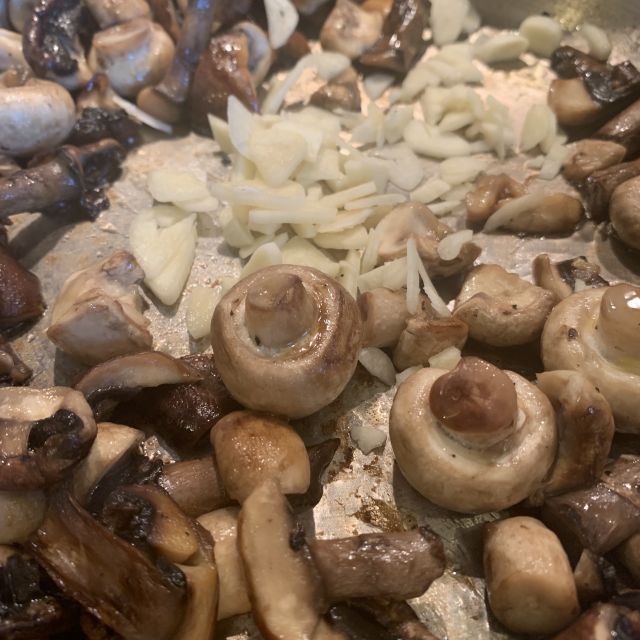 If it’s looking a bit dry, just put more butter in there, who cares about your health am I right?? Then grate about half a nutmeg on while also grating your finger and dropping the nutmeg into the pan several times. Tell your boyfriend to fetch a plaster and act like it hurt way more than it did. If you have ground nutmeg don’t speak to me but just put like half a teaspoon in. Now put the kettle on to boil for your pasta.

I didn’t take any photos of the next part because I was getting distracted by my severed finger and the delicious smells but gradually put 3/4 of the carton of cream in (the carton I have is 250ml) – or heck it and throw the whole thing in like I did because at this point I was in a foul mood, my finger was throbbing and just did not care. Put half of a stock cube in there. Also when the kettle is boiled, get your pasta on.

Give it a little taste and add salt and pepper as you like it, add a few drops of soy sauce (4-5 drops) and keep stirring until the pasta is done. If it gets dry, get a mug and take a little bit of the pasta water and pour it into the sauce. It might look a bit funny and the cream will go weird but keep stirring it and it’ll go back to normal.

Add your pasta to the sauce and BOOM. It is so delish. 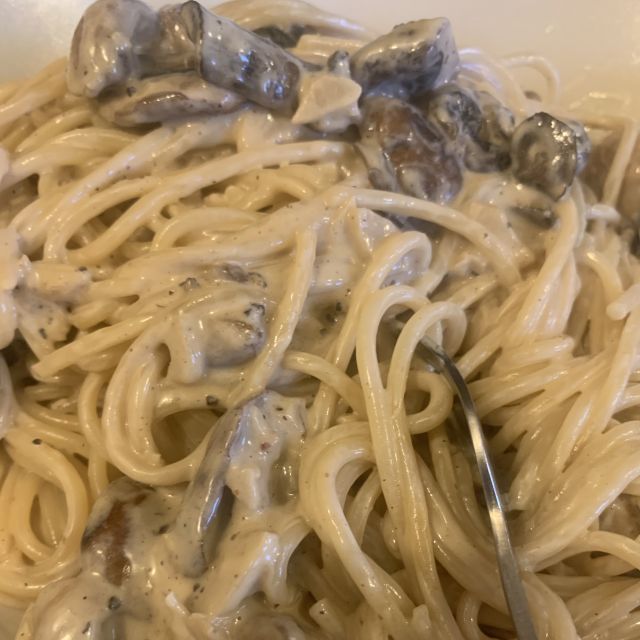 How to kick procrastination (in the face)