Jackfruit. I’m starting to get the ‘do you think you’ll continue it then?’ questions and I’m not too sure what the answer is. I haven’t missed anything, everywhere we go has vegan options, and all the big supermarkets have vegan sections. I think tea is the thing I’ve missed the most, oat milk is great but lets face it, it tastes like oats.
That was until Thursday evening, we made jackfruit tacos and oh my goodness they were so meaty and flavourful I honestly do not understand why people aren’t talking about them more. I know it’s a little dodgy from a sustainability standpoint but in moderation it’s the tastiest thing in the world. I’m actually considering sticking to veganism and I NEVER thought I’d say that.

I’m going to jump right into it.

What you need:
– 1 tin of jackfruit
– Lots of garlic
– Smoked paprika (3 teaspoons)
– Cumin (1 teaspoon)
– Chipotle tabasco sauce (few splashes, whatever you want according to how hot you like it)
– Salt and pepper (half teaspoon of each)
– Liquid stock (you could use a cube if you needed)
– 1 onion

First roughly cut the jackfruit into strips and pop it into a bowl, then it’s as easy as chopping everything else apart from the onion in and mixing them in with the jackfruit. If you’re using a stock cube instead of liquid stock don’t put it in yet. Seal with clingfilm or whatever you have and leave it all day/ overnight in the fridge to marinate. 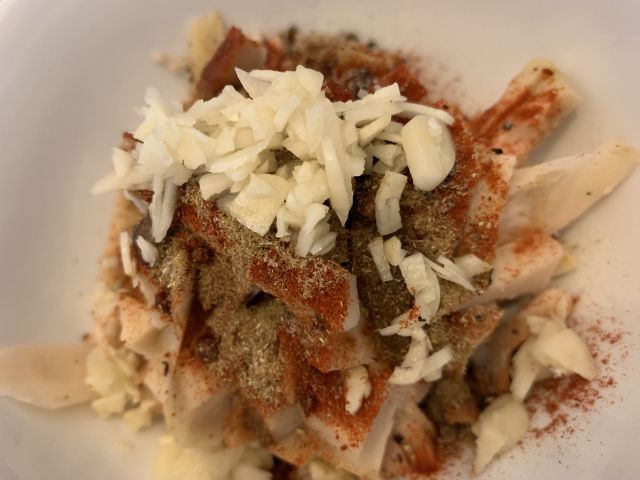 So on the big day, Jackfruit Day, fry the onion in a bit of oil until it’s soft (obviously cut it up first do not fry a whole onion), then add the jackfruit to fry for a couple of minutes. Add 100ml water (if you’re using a stock cube instead of liquid stock use it now), bring the whole thing to a simmer, turn down the heat and cover for about 10 minutes basically until all the water has been absorbed by the jackfruit. AND BOOM. The most amazing marinated jackfruit, put them in your tacos with guac, salsa and coriander and you will not know what’s hit you. 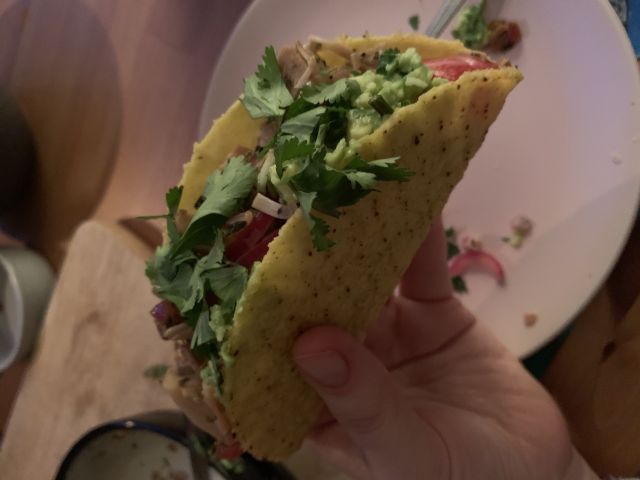 Vol. 5 “break up with your girlfriend, I have vegan cheese that melts”